Patriotism, Genre Fiction, and Criticizing What You Love 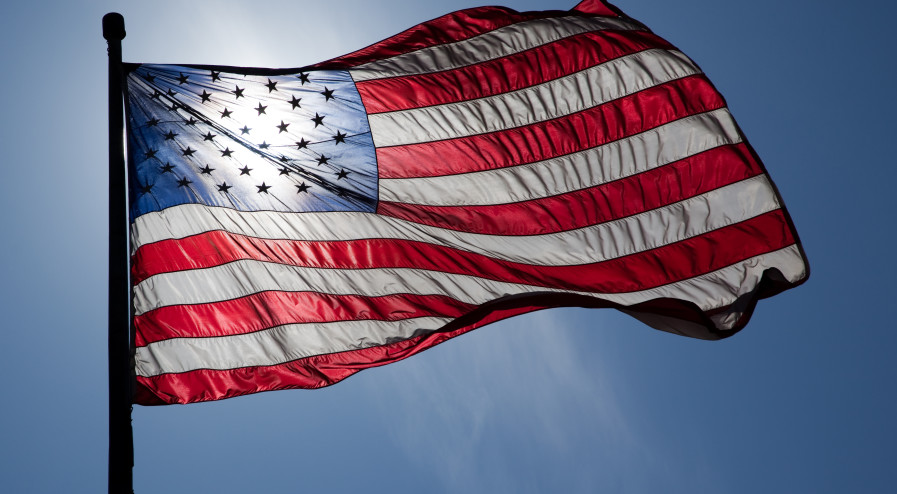 In both genre fiction and politics, our culture is struggling with the idea that you can criticize something that you love.

When someone points out that many video games are disturbingly sexist, or that Lord of the Rings is kind of racist, or that the Avatar movie perpetuates the “white savior” trope, are they no longer a fan of genre fiction?

When someone points out that the United States is the only country out of the 25 wealthiest nations that lacks universal health care, or that black people are disproportionately incarcerated and killed by police, or that our wars in the Middle East are responsible for the rise of ISIS, are they no longer a patriot?

In both cases, I say that thoughtful criticism is a deeper, more meaningful expression of love than blind enthusiastic support.

Let’s take Game of Thrones as an example. I love Game of Thrones. The books are among my favorite books of all time. They’re vast and deep, with well-developed characters with unique narrative voices; exciting, twisty, satisfyingly complex plots; epic, vivid worldbuilding; and they signal a profound shift in the fantasy genre, subverting the tropes of the genre established by Lord of the Rings and beginning the modern era of more “grimdark” fantasy. Likewise, the show is excellent: visually stunning, well-acted, and it brings the books that I love to life in a way that allows many more people to experience them. Not only that, but the show has been a revolution in terms of getting excellent genre fiction onto television, demonstrating to TV channels that compelling, adult-oriented stories can be told through genre fiction, and that audiences will eat it up.

But I will readily admit that both the books and the show have major problems too. The show is famous for its gratuitous nudity, and there have been several notorious examples of changes to the original book where main female characters are raped or threatened with rape. There is also a problematic “white savior” vibe to much of Danaerys’ story line. I would argue that the books are somewhat better, but there’s still a whole lot of rape and threats of rape, which is often defended with the old “historical accuracy” argument, because apparently dragons are plausible but a medieval society that isn’t quite so horrifically misogynistic is not.

There are those who see comments like those in the last paragraph and reflexively condemn them. How dare some “social justice warrior” criticize the genre they love? Why can’t people just enjoy things without picking them apart and over-analyzing everything? Why do these SJWs have to ruin everything by insisting on political correctness? They’re clearly not real fans. They clearly hate the genre.

For those who have been paying attention, this conflict came to a head in the video game community with the “gamergate” fiasco a few years ago. Women who dared to point out that video games are full of a disgusting amount of misogyny were harassed by an army of angry, mostly white, mostly male gamers who felt that their favorite hobby and its fundamental culture were being unfairly bashed. The conflict rapidly escalated to doxing (the release of private personal information), lost jobs, lost homes, and death threats.

Later, in the speculative fiction community, a similar conflict arose when the “Sad Puppies“, a group of angry, mostly white, mostly male, readers stuffed the ballot for the Hugo Award. They were supposedly fighting back against their perception  that science fiction and fantasy were being ruined by SJWs trying to force everything to be politically correct and shoehorning women, people of color, and LGBT people into fiction, rather than trying to tell good old fashioned apolitical stories. (It apparently did not occur to them that it is possible to tell great speculative fiction about people who are not white straight men, or that all fiction carries with it political baggage.)

And then, of course, there is the 2016 election, where a group of angry, mostly white, mostly male, voters were apparently so appalled that we had a black president, and that a woman dared to run as his successor on a platform of inclusiveness and tolerance, that they instead voted for an unqualified narcissistic idiot. Trump’s campaign and its “Make America Great Again” slogan catered directly to the perception that criticizing our country is unpatriotic, and that somehow making things better for people who aren’t straight white men undermines what makes our country great.

But here’s the thing that the gamer-gators, sad puppies, and Trump voters don’t understand: unlike them, we don’t criticize from a place of hatred, but of love.

Sci-fi and Fantasy are supposed to push the limits of imagination, so why is it so hard to imagine that young women and people of color could be the heroes in great adventures? Video games allow the player to escape the real world and experience being powerful and “the chosen one”, so shouldn’t players be allowed to leave behind racism and misogyny when they enter the game world? And the United States is supposed to be a country where all people have unalienable rights to life, liberty, and the pursuit of happiness, so shouldn’t we strive to uphold that ideal? Shouldn’t we point out where our great country does not live up to its promise for all of its citizens and then work together to form a “more perfect union”?

When you’re raising a child, you don’t praise them when they are behaving badly. You set high expectations and then help them to live up to those expectations. Why is it so hard to apply the same logic to the other things we love?

Whether it’s genre fiction, video games, or the United States of America itself, what we want is for the things that we love to live up to their true potential. To me, this is a much deeper, more meaningful way to show your devotion to something than blindly singing its praises and ignoring its flaws.