Thoughts on Parenting: 6 months in 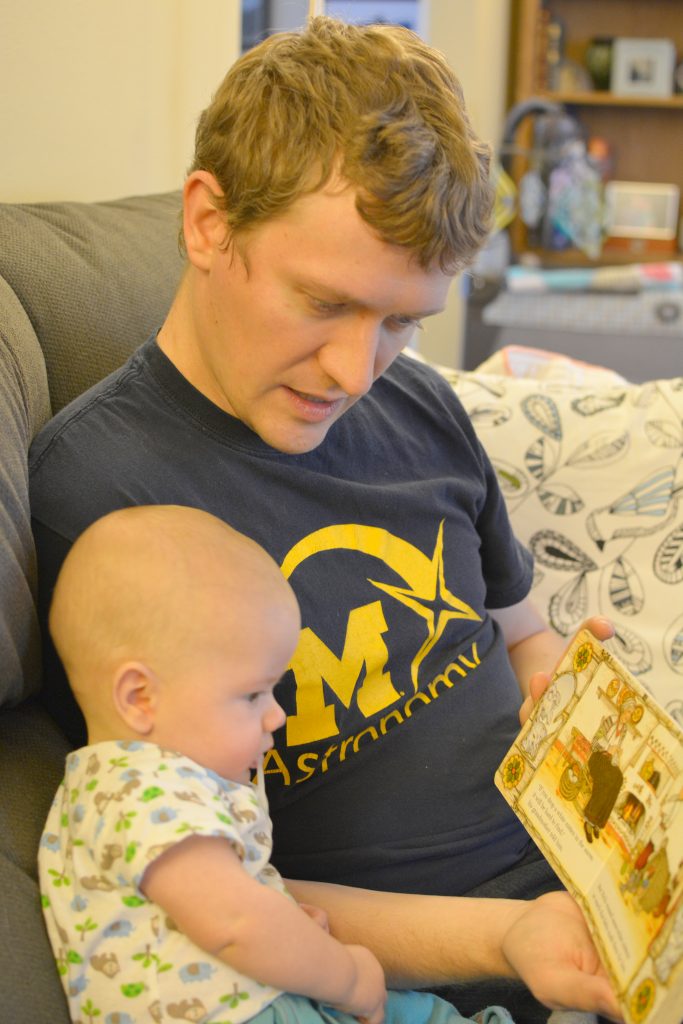 It’s hard to believe, but Shane is already 6 months old! With this arbitrary milestone, I thought this was as good a time as any to write a bit about how parenting is going, compared to how I expected it to be.

The first thing is that it’s easier and less exhausting than I was led to believe. All credit for this goes to Shane, who turns out to be a remarkably well-behaved baby. I know other parents will hate me for this, but he was sleeping through the night very early, and has generally been a pretty laid-back little dude. As he gets older he is actually getting worse at sleeping than he used to be, and tends to cry and get fussy more now that he is showing interest in the world around him. When he was a little baby, he hardly cried at all, and was mostly content to just snooze on my chest (a position we refer to as “snuggle mode”). Now, he wants to be sitting up and looking around, and really resists going into “snuggle mode” even if it’s what he needs.

My biggest apprehension about parenting before Shane was born was about the first few months, aka the “Fourth Trimester”. I was sure that I would not really like this “larval” phase: the baby is still basically a helpless fetus who can’t lift his head or interact with the world very much. I figured that as he grew and became more of a little person I’d like parenting more and more. Much to my surprise, I actually really liked those first few months. Newborns are easy to deal with since all they can do is eat, sleep and poop, and it’s great to just snuggle on the couch with a tiny sleepy baby. Also to my surprise, I am finding Shane more frustrating as he becomes more mature. Of course it is wonderful to see him learning to sit up, play with solid food, make babbling noises, and all the other milestones, but in the last couple of months he has also been in a sort of limbo: he is alert and interested enough that he is no longer content to just lay on the couch, but he can’t sit up on his own or entertain himself or communicate very well, so he and I both can get frustrated. I’m looking forward to when he can sit up on his own and we have taught him some basic baby signs so that he has options other than whining to communicate that he’s hungry or needs a new diaper.

One thing that has been surprising and disappointing is my own lack of patience when Shane is upset and I can’t seem to fix it. I pride myself on generally being a very patient person (sometimes to a fault), but when Shane is fussing and resisting everything that I try to comfort him, I lose my patience much faster than I’d like. It doesn’t help that a lot of the time I get to interact with him in the evening after work, so he and I are both tired. I’m also overly self-conscious about what I’ll call the “mommy does it better” syndrome. I try to be a good dad and do everything right, but sometimes he just wants mommy. It’s amazing how quickly and effectively an infant rejecting your attempts to comfort and care for him can hurt your feelings.

Finally, one of the hardest things about parenthood has been adjusting my time management. Even before Shane showed up, I struggled with finding time in the evening and weekend to do all the things that I wanted to do (or wanted to want to do). Now (and this is no surprise) it’s even harder. As you can tell by the frequency of my posts here on the blog, it’s hard to find a stretch of uninterrupted time to just sit and write. Turns out babies need constant attention! Who knew? Evenings basically consist of coming home from work, eating dinner, giving baby a bottle, having him pass out on me, and then watching TV while trapped on the couch. Which is fine, and certainly more relaxed than most parents are able to be, but I still have the delusion that it’d be nice to spend some time on writing, or on political stuff, or on putting together a photo book of last year’s vacation, or the million other hobbies and other tasks that I want to do with my “free time” that never seem to get done. The worst part about this isn’t that I don’t get this stuff done (let’s be real, I didn’t live up to my own expectations of what I wanted to get done even before we had a baby), it’s the conflict between wanting to spend time with Shane and wanting some down time to myself to do stuff I want to do. Whichever one I choose, I feel guilty about not doing the other.

Another interesting aspect of parenting that I’ve noticed is that it seems to warp my perception of time. The last six months has been densely packed with milestones and life-changing events, but it also seems to have flown by in a heartbeat. I have no idea how it suddenly became July. Wasn’t it just February? From what I’ve heard from other parents, this is just the beginning. Tomorrow I’ll be blinking and wondering where the past 18 years went and how my kid can possibly be heading off to college.

Looking back at this post, it seems like I am mostly complaining about parenthood, so I want to conclude by saying: I love it. I have been looking forward to having kids for a while, and despite the challenges, it has been wonderful. Shane is a very easy baby, and watching him grow and learn and become more aware of the world around him makes me happier than I can express. Also, have you seen how cute he is? Multiple times a day, Erin and I just turn to each other and say “How is it even possible for him to be this cute?” Even though, as I said above, I’m looking forward to him being able to do things like sit up and communicate better, I know that as he grows, some things will get easier but other challenges will come with that. Babies change so fast, so mostly I’m trying to remember to savor every moment. I know that looking back, it will seem like the blink of an eye. So with that, I’m going to stop writing and go spend time with my baby.