Orange is the New Black is the best show on TV

Yes, better than Game of Thrones. Those of you who know me and how much I enjoy Game of Thrones will recognize what it means for me to make a statement like that, but I just finished watching Season 4 of Orange is the New Black (OITNB) and it blew me away. Some shows are good at first but fizzle as they use up their source material and have to start inventing their own. OITNB is the exact opposite: Season 1 is easily the weakest because it tries to sort of follow the premise of the book that inspired the show. It focuses on Piper Chapman, the naive young white woman who finds herself in jail for transporting drug money a decade ago.  But it rapidly becomes clear that Chapman is actually the least interesting part of the show.

Each episode, in addition to the multiple different plot threads that are taking place in the present, we get to see the backstory of one of the inmates (and guards). What their life was like, and how they ended up in jail. Episode by episode, characters who at first are just bit parts or stereotypes or antagonists or the butts of jokes are fleshed out into real people. And it’s worth pointing out that most of the characters on this show are women of color. The show is unrivaled in its ability to focus on demographics that are usually neglected in TV and movies, and the ensemble cast is amazing. 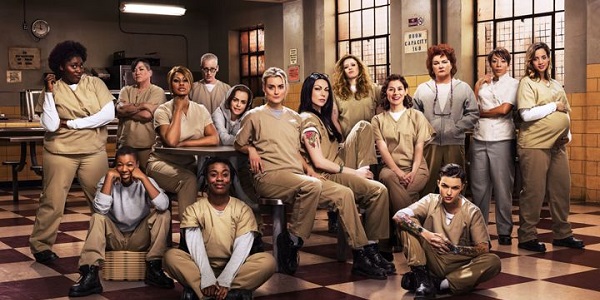 By telling the stories of such a diverse group of characters, OITNB is also able to touch on a wide range of real world issues and transform them from something abstract into concrete, often emotionally wrenching stories. Here are a few of the issues that I can think of off the top of my head that the show touches upon:

What I really love is that while one or another of these issues might take center stage on any given episode, the other ones don’t just go away. This is a show that recognizes that in the real world, these things don’t happen in a vacuum. They are all interconnected, and that makes them that much harder to deal with.

With so many heavy issues, OITNB could easily veer into such a dark place as to become unwatchable. But instead, through possibly the most masterful use of comic relief I have ever seen, it manages to balance its dark and often depressing themes with moments of genuine laugh-out-loud humor. The show is often listed as a comedy, but I would not go that far. It’s primarily a drama. If you’re anything like me, watching this show will leave you emotionally devastated at times. But there is humor there too, in just the right amount.

Especially for someone like me with an interest in writing , OITNB is like a master class. I am seriously considering re-watching some episodes and taking notes. Each episode is crammed with multiple intertwining threads of story, with a host of amazing well-rounded diverse characters, touching on important real-world issues, while also managing to be truly entertaining. And the episodes together form excellent season-long story arcs with dramatic conclusions (and, of course, cliffhangers). I would say its only real weakness is that too many of the guards are pure villains, but even then there are other guards who are well-developed characters so it’s not just that all the men in the show are evil.

If you have not watched Orange is the New Black, I cannot recommend it enough. If you tried a few episodes and stopped, I would urge you to try to get to the second season, where the focus begins to shift away from Piper more. So far every season has been better than the last, and the fourth season was so phenomenally good that I want to grab random people by the shoulders and shake them and make them watch it. Since that would probably not go over very well, this blog post will have to do!