I’m volunteering for the Democratic party, and you should be too. 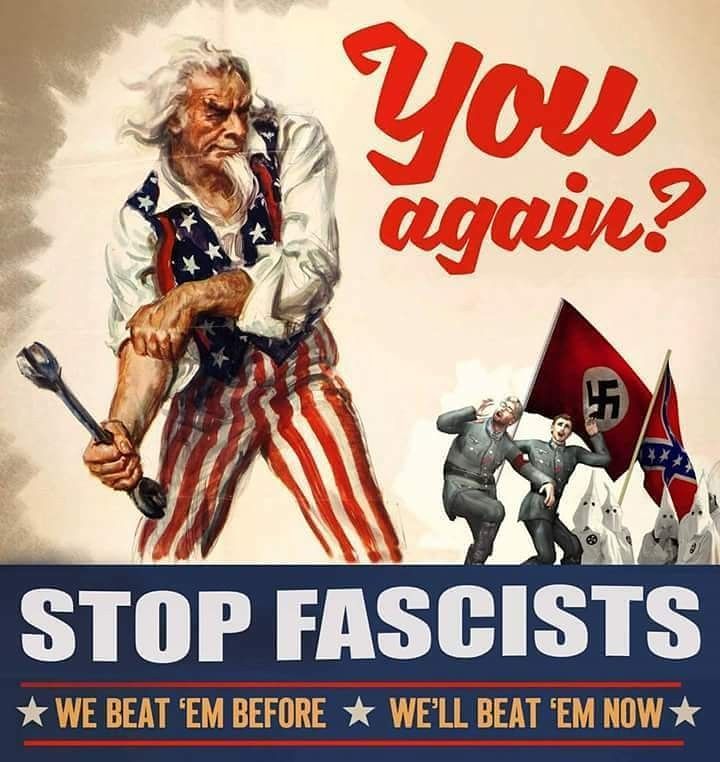 I don’t know the original source for this image. If you do, please let me know.

The Republican party has gone off the rails.

In just the last week, the Republican president threatened nuclear war with North Korea, military action against Venezuela for no apparent reason, thanked Russia for expelling American diplomats, and failed to immediately denounce Nazis and white supremacists even after they murdered a woman and assaulted many others. Before that, Republicans came within a hair’s breadth of passing a law, drafted in secret at the last minute, that would dismantle the Affordable Care Act (which is based on conservative ideas) and strip health insurance from millions of people. Our attorney general is a man who was deemed, in 1986, in Alabama, to be too racist to serve on the district court. Our Secretary of Education is a billionaire who has openly said that it is her goal to use education reform to “advance the kingdom of God” in direct opposition to the separation of church and state. The Republican party is systematically making it harder for minorities and the poor to vote, and has gerrymandered legislative districts in many states so that even if the GOP gets fewer votes, it gets more representatives. They reject the fact that humans are causing climate change, even as its effects become more obvious every year. They stole a seat on the supreme court.

It’s easy to point the finger at the Republican voters who got us here, and they absolutely deserve that blame. Many of them will claim that they just want smaller government and lower taxes and that they don’t support Nazis or racism or taking healthcare from poor children. But it was obvious what they were getting when they voted for Trump and Ryan and McConnell and other Republicans. If you are willing to ignore racism and misogyny and contempt for reality itself in order to get lower taxes for the rich, then guess what? The blood is on your hands when Nazis, encouraged by the people you elected, openly murder people on the streets.

That said, Republican voters are not the only ones to blame for the rise of Trump and the Republican party’s insanity. You and I are responsible for it too. We are complicit because we took for granted that facts and human decency should win out over lies and hatred. We sat by and watched while Republicans organized and voted and methodically took over every level of government. We saw Obama elected and thought that the country had turned a corner and that our work was done, when in reality the work was just beginning. We bickered among ourselves instead of working together to defeat one of the greatest threats that our democracy has ever faced. So now we have white nationalists in the streets and in the White House, a know-nothing president condoning their behavior and casually threatening nuclear war, and people having to call to beg their senators not to let them or their loved ones die for lack of health care.

This last election was a wake-up call for many of us, and I know that many of you have been participating in the resistance: marching and making calls, writing your representatives, going to town halls, donating to worthy causes, and all the rest. I know you’re tired, and I know you’re stretched thin, but there’s something else that I encourage you to do: Get involved with your local Democratic party as a Precinct Committee person (PC).

PCs are volunteers for the party who work at the most local level, usually within their own neighborhood. They help to get people registered to vote, to find out what issues matter most to their neighbors, and help get out the vote when election season comes around. PCs also play an important role in getting their county’s voice heard at the state level. For every three Elected PCs from a county, the country gets one additional representative at the state level.

The time commitment is not very large: occasional meetings and events that you attend as you are able. It is incredibly gratifying to get involved with a group of like-minded people from your county who are getting out there and doing something to turn the tide in 2018 and beyond. It’s also a great way to learn about local and state candidates so that you can make an informed decision for the primary election and help make sure the party puts forward candidates whose views reflect your own. As a PC, I’ve already gotten to meet multiple candidates for state and national office, as well as our representative in the U.S. House.

Becoming an active part of the party also lets you influence the party directly, outside of the primary election. If there is an issue that you think the Democrats aren’t emphasizing enough, or that you disagree with, then the best way to fix that is to get involved. Meet the people in your local party who can communicate that sentiment to those higher up in the party, or tell your representatives and candidates directly when you meet with them as a PC.  I’ve been a PC for a few months now, and at least for my county, I have noticed that most PCs are older retired people. There is a lack of people from my generation and younger, meaning that the younger perspective is missing from the grassroots foundation of the party.

And lest you think that the Democrats are just taking the place of Republicans as the “Party of No” without any policy to back up our resistance, I encourage you to take a look at the Democratic party platform. I think you’ll like what you see there. We are fighting against racism and white nationalism. We are fighting to ensure that every person has access to affordable health care. We are fighting to ensure that every citizen can vote, and that every vote counts. We believe that everyone deserves a good education, not just those who can afford to pay for private schools and expensive colleges. We believe in science, and that something must be done to slow climate change.

It really boils down to this: the only way to stop the Republican party’s madness is for Democrats to start winning elections at all levels. Republicans have taken over our government because they are organized and they vote. If you want to resist them, then the best thing you can do is help the Democrats do the same. Get involved. Help make the Democratic party what you want it to be. Only then will we be able set our country back on the right track.