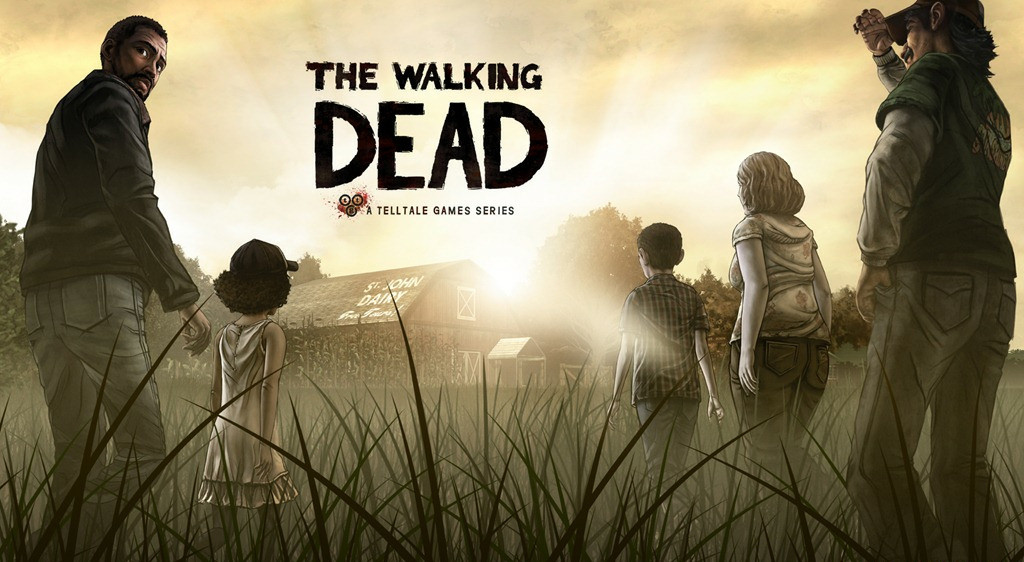 You know that feeling when you get to the end of a great novel? Or when the credits are rolling after an amazing season finale for your favorite TV show? Yeah, that’s what I’m feeling right now after finishing The Walking Dead: Season 1.

I’ve been known to complain on this blog about the lack of a decent story in video games. It’s something that always bothers me because so many games could be so much better if they spent just a little effort on the plot instead of filler content so that they can claim there are 100 hours of gameplay. Thankfully, it looks like at least some game designers are realizing this, and Telltale games seems to be leading the way.

Playing The Walking Dead is not like other games. You don’t have much freedom to move around, the controls are frankly pretty clunky, and the graphics are not amazing (but they are cool looking: making the game look like a comic book is a nice shout out to the source material that also allows them to skimp on graphics). The Walking Dead is more like watching an episode of a TV show. The game is even broken into discrete episodes, complete with credits, “previously on…” and teasers for the next episode. But the difference is that it’s a TV show where instead of yelling impotently at the screen when the characters do something dumb, you actually get to play the role of one of the characters (though if you’re like me you’ll still yell at the non-player characters from time to time…).

In The Walking Dead: Season 1, you play Lee, a former history professor who was on his way to jail when the zombie apocalypse occurred (the details of your past are revealed gradually, so I won’t say anything more than that). You end up escaping from the crashed cop car and finding a little girl, Clementine, hiding out in her tree fort to get away from the zombies. You take her under your wing and meet up with an assortment of other interesting characters as you try to survive in the zombie infested world. Unlike most games where killing aliens or terrorists or, you know, zombies, is the main attraction, here the best part of the game is just getting to know the characters. They all are well written, often with their own annoying traits but that only serves to make them feel “real”.

Of course, with realistic characters comes conflict. Disagreements about how best to survive, who is in charge, what to do when someone “turns” into a zombie. In every episode, you are faced with a few tough moral decisions, and these decisions have consequences. More often than not, your choices determine who survives the episode, which can be very difficult because the characters are so well developed. (The game does overuse the “who will you save?” decision a bit.) But it’s not all choices like that. Sometimes it’s the choice between fighting someone or talking to them to calm them down, or what to tell Clementine about whether her parents are alive or not, or whether to trust a newcomer to the group. Oh, and usually you only have a second or two to decide. Of course, the choices don’t alter the fundamental backbone of the story too much: the game’s writers would rapidly end up with a million different diverging stories. But even though the game steers you toward what must happen to advance the story, the fact that you get to make decisions that affect not only the current episode, but all subsequent episodes, means that you get really emotionally invested in the game. The Walking Dead game could easily be set up to just watch like a TV show, and it would be a pretty darn good show on its own. But by allowing you, the player, to make choices and get invested in the characters, it ends up being more powerful than just about any TV show I’ve ever watched. Not to give anything away, but the ending of the final episode had a hell of an emotional impact.

The only negative thing I can say about the game is that one of the episodes was very buggy. I had to restart and re-do a few scenes to be able to get through it. Things like this are especially jarring for a game that otherwise sucks you in so thoroughly.

But other than the bugs, I loved this game. It makes me incredibly happy that there are more “seasons” and that Telltale has quite a few other games out there (apparently they have a Game of Thrones series that I’ll have to check out). I really hope the success of games like this that don’t treat plot and characters as an afterthought inspires other developers to follow suit.