What I’m Looking Forward To About Being a Dad

Last weekend I wrote a long post that ended up being mostly negative, so to balance that out I thought it would be a worthwhile exercise to write about something more upbeat: all the things I’m looking forward to about parenting! So here’s an incomplete list, in no particular order:

One of my favorite things about babies and young kids is that you can just see them absorbing information. They are learning something (often many things at once) all the time, and it’s a joy to be able to see that and to steer the direction of that learning. And that’s just my indirect experience through interacting with other people’s kids. I can only imagine it’s 1000 times better when it’s your own kid and you get to watch the progression over years.

Introducing Him to Great Stories

Fiction plays a big role in my life and even before we were expecting a baby, I was already thinking about when to introduce future offspring to the stories that were so formative to me, as well as those that I have only recently discovered but just can’t wait to share with a child. Things like Star Wars; Lord of the Rings; the Redwall books; Harry Potter; Roald Dahl; Disney movies like Lion King, Aladdin, Mulan; more recent movies like Frozen, Big Hero 6, Zootopia. And on and on. Introducing a kid to these things is the closest thing you get to experiencing them for the first time again. There is a good chance that at some point I will put up a poll or something to get feedback on what age is appropriate to introduce some of the big ones, since I didn’t know much about things like Star Wars and Lord of the Rings until middle/high school.

This is related to above, of course. We will read bedtime stories every night from the very beginning, but what I am really looking forward to is when he is old enough for us to read chapter books that can’t be finished in one sitting. Very hungry caterpillar is great, but I can’t wait to read longer books that I enjoy too. It’s going to be a sad day when my son finally decides he’s too old for story time at night, but you better believe I am going to make the most that window between “He can follow a novel that is read to him” and “He’s too old to have dad reading to him.”

Games are another huge part of my life that I can’t wait to share with my son, and that’s not just because it will give me a valid excuse to play them! Games can be far more immersive than a novel simply because you’re participating in the action, so they can leave a huge impression. I still get warm fuzzy feelings when I think about playing games like Mario 64 or Legend of Zelda: Ocarina of Time. Just thinking about them brings me back to Christmas break, sitting around in pajamas without a care in the world, eating chocolate orange from my Christmas stocking and being fully immersed in the world of the game.

Games are not just a solitary experience either. I have fond memories of playing NES games like the original Legend of Zelda and Mario 3, and early computer games like Return to Zork and Myst with my dad, and I’m looking forward to making similar memories with my son. Again, like reading, I know that at some point he won’t be interested in playing games with me anymore, but until that happens I’m looking forward to gaming with him. A lot of my socializing in middle and high school also revolved around games. Mario Kart, Goldeneye, Smash Brothers, etc. I know local co-op is less popular nowadays since all consoles are connected to the internet, but I will definitely be encouraging games that are meant to be played with friends, preferably in the same room.

Gaming is also a great gateway to learning other topics. For example,  my first experience with the concepts of computer programming came from playing around with the map editors in Age of Empires 2 and Starcraft: working out simple logical conditions to make things happen (“While 5 enemy units are standing here, continuously create lions over there and make them attack”). Age of Empires 1 and 2 also taught me a lot about world history.  Since school history classes were so focused on state and national history, these games were my first real exposure to basically the entire rest of history. Even more recently, playing games like Civilization V and Shogun 2: Total War have taught me interesting historical tidbits that I have then followed up by seeking more information online.

Video games have not been purely positive for me, of course. Because I enjoy them so much, I have struggled with video game addiction, especially as I get older and more responsibilities pile up on my plate. Video games also vary widely in quality and appropriateness of content these days. For these reasons, in addition to my own nostalgia, I want to be involved in gaming with my son to help him develop a healthy relationship with quality age-appropriate gaming content. Last year, Penny Arcade had a great post about how parent involvement can be really beneficial when it comes to gaming. 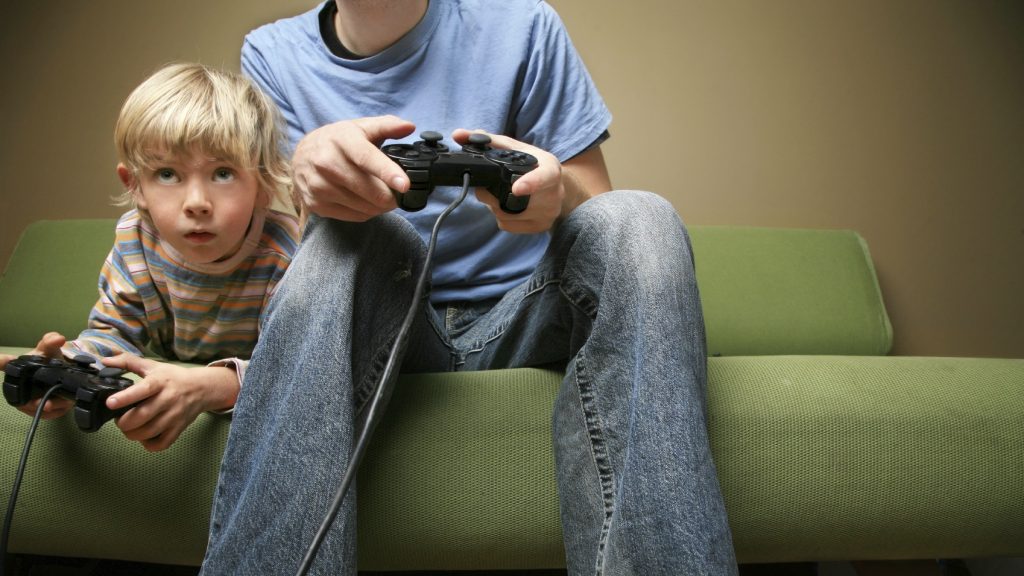 Reminiscing About the Pre-Internet World

My generation has basically grown up alongside computers and the internet. I started off with Atari, had a NES during its heyday, and remember getting my mind blown by the Nintendo 64’s 3D graphics. On the computer side of things, I remember having to install and run games from the DOS prompt, and I am pretty sure my very first experience with the internet was using Alta Vista to look for hints on how to solve a puzzle in Kings Quest 7.

My son is going to start life in a world where the internet is everywhere. The concept of getting up at a certain time so that you can catch your favorite TV show on Saturday morning will be completely foreign. You just stream the show when you want to watch it. The idea of a video game system without the ability to render photo-realistic graphics will be ridiculous.

So, like a baby boomer forcing his kids to listen to vinyl records, I am eagerly looking forward to playing the role of the lame dad who regales his kids with stories of how hard we had it back in the day, and forcing them to try emulated versions of early Nintendo games. “When I was a kid, the graphics were so bad you could barely even tell what anything was, and we liked it!” “When I was a kid, there was no such thing as ‘saving’ your game. You just left the Nintendo on all night and came back to it the next day.” “Back in my day, you had to physically go to a store and purchase the game. The idea of downloading it from the internet didn’t even exist.” And so on. I look forward to the eye-rolls.

Lest you think that my child will spend all of his time staring at a screen, I also am looking forward to teaching him to enjoy the outdoors and to learn about nature. Growing up we had annual trips to a cabin in Michigan’s upper peninsula for some quality time off the grid, running around in the woods, making bows and arrows, gigantic bonfires, roasting marshmallows, driving ATVs around, looking at cool bugs, watching for loons and beavers on the lake, etc. I hope to be able to take my boy to the family cabin in Michigan to do some of those same things, but of course it’s a lot harder to get there from Arizona than from Detroit.

Luckily, it’s not like we have to go back to Michigan to teach the kid about the outdoors. Northern Arizona is a great place to experience the outdoors, and there are tons of national parks not too far away, so I look forward to lots of adventures in the woods, hiking and camping. I’m actually looking forward to learning more about the local flora and fauna of Arizona along with my son. And of course, my son will learn the proper way to roast a marshmallow over a campfire. 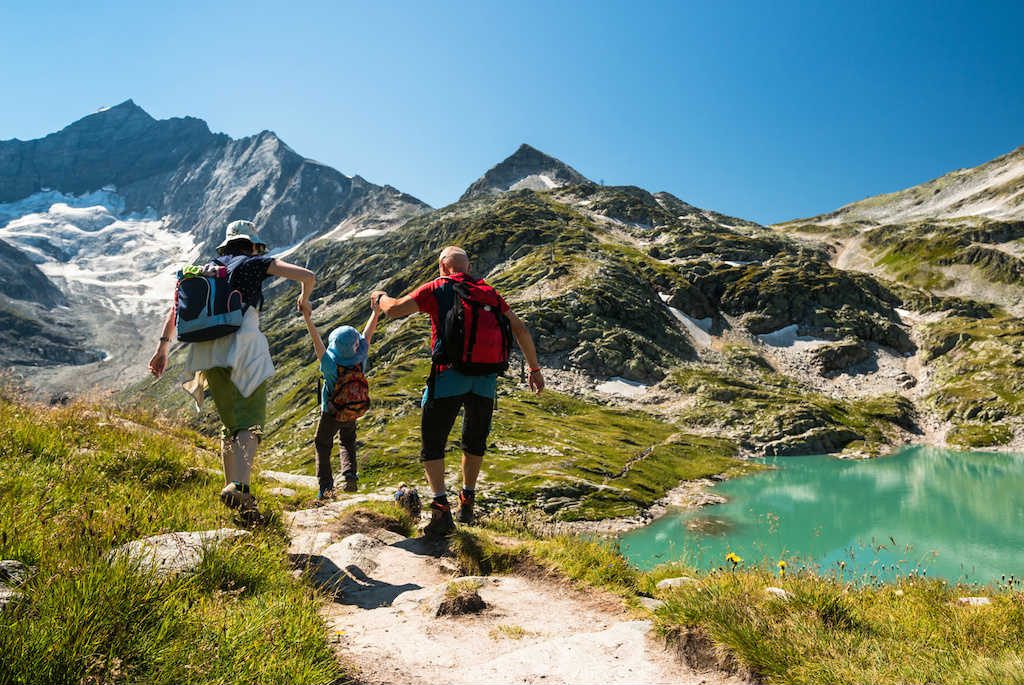 I’m also looking forward to teaching him how to help out in the kitchen. Baking was always a fun activity to do with mom or grandma. I especially have strong memories of various overly-ambitious baking and candy-making projects with grandma Anderson, who did not believe in standardized measuring, leading to a wide variety of results. I didn’t really learn to cook until late college (coincidentally, around the time I started dating Erin…) but now cooking our own meals is a big part of our life and our son will learn to help out as soon as he is able. Realistically I know that we have lots of Kraft mac and cheese and frozen chicken nuggets in our future, but I hope we are able to continue to do some of our own cooking with our new “helper”. (As a bonus, once he’s old enough that also means he can help clean up after cooking!) 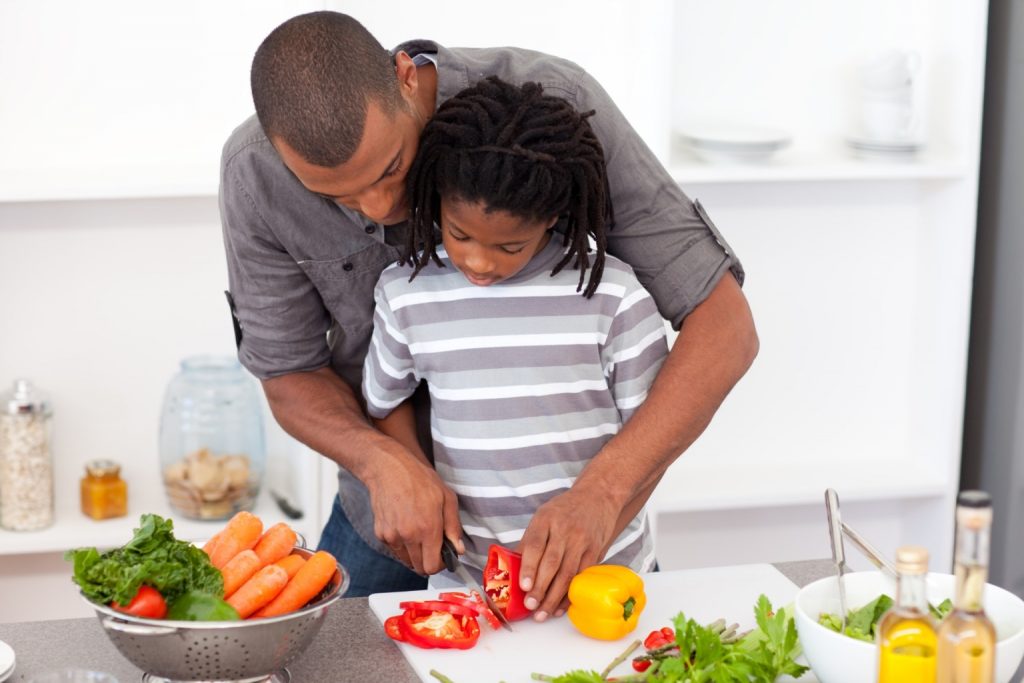 At parties where there are kids and adults in attendance, I often find myself hanging out with the kids. No offense to my adult friends, but I find kids way easier to talk to. While the adults are making smalltalk about work and mortgage rates and politics, you can sit down with a kid and immediately be involved in an epic battle of good and evil, or fighting to recover stolen treasure from a dragon. Kids have no inhibitions and crazy imaginations, which in my book makes them a blast to be around. Even aside from actively playing made-up games, kids are just wonderful and hilarious little weirdos (Exhibit A), and I really look forward to having one of my own to hang out with.

Have you noticed the common theme here yet? Most of this post boils down to: I am looking forward to having a kid because it means I get to re-live childhood things, but with the appreciation of an adult. I know some things will be less magical as an adult, but I am going to enjoy the heck out of as much of it as I can, while also, you know, trying to raise a happy, healthy, intelligent human child.