How to Carve a Mars Rover Pumpkin

Over the weekend we had some friends over to carve pumpkins. While others went a more traditional route, I decided I wanted to do a Mars rover-themed pumpkin. The trick was, making it recognizable and not too complicated. I ended up finding a nice silhouette of Curiosity that worked well as a template for a pumpkin, so I thought I would share it here: 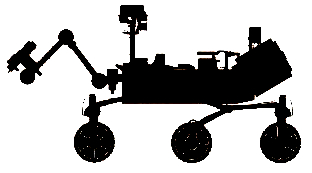 It’s not super high-res, but then, pumpkin templates really shouldn’t be. I just printed this out in landscape mode, stretched to fill a full sheet of paper, and then attached the paper to my pumpkin with a few toothpicks. Our friends bought one of those cheap pumpkin carving kits, which included a little tool that looks like a cowboy’s spur. The idea is that the little spiked wheel punches through the paper and transfers the design to the pumpkin’s skin. You could also just use a needle or pin. (I tried a toothpick, but the point bent after the first few holes so it didn’t work very well). I left out some of the more intricate details of the silhouette to make carving easier.

Once I had the design transferred, it was pretty simple to just carve along the outline (though a skinny knife is helpful for some of the details. Here’s the finished product: 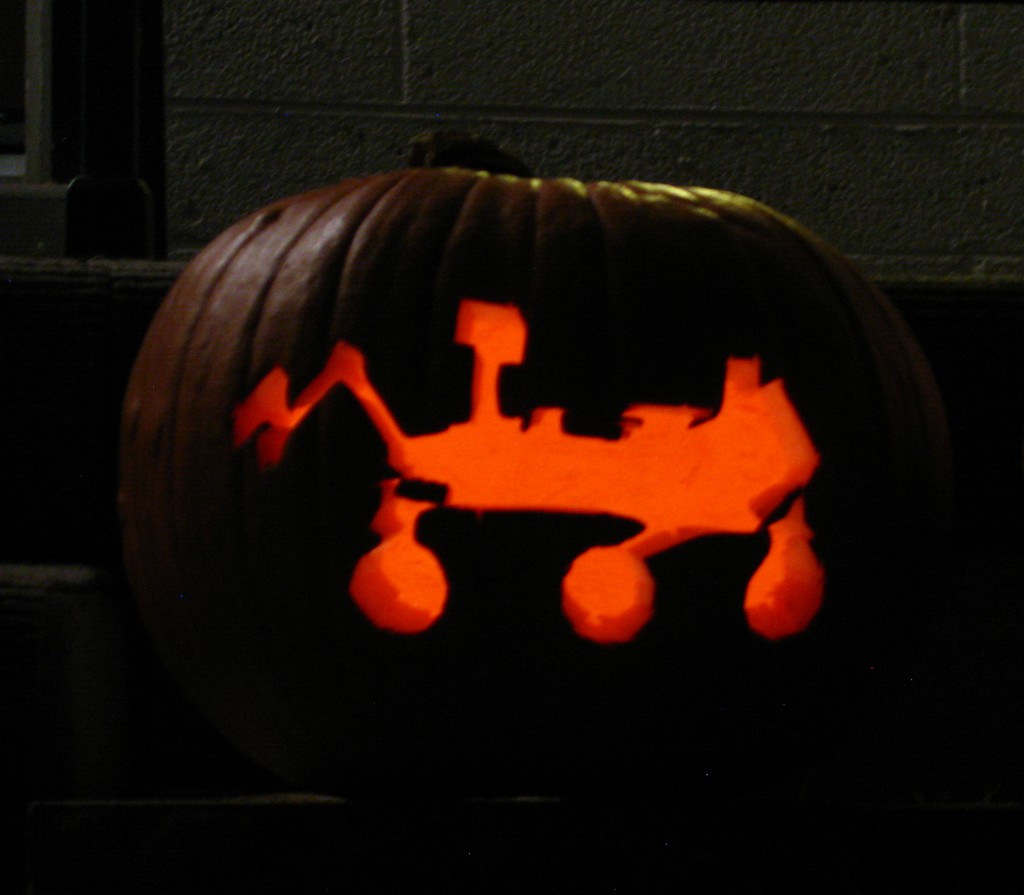