Book Reviews: Before They Are Hanged and Warrior’s Apprentice

I’ve been consuming a lot of fiction recently, but have fallen behind on my reviews. So, let’s get caught back up with some two-for-one reviews, shall we?

Before They Are Hanged by Joe Abercrombie 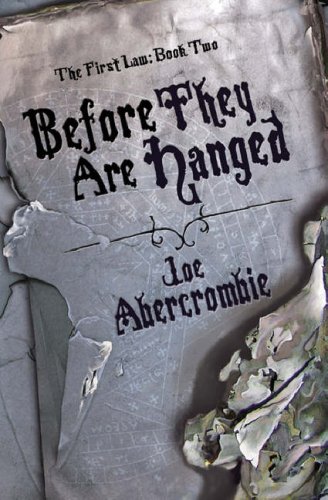 This is the second book in the “First Law” series, and I thought it was a bit better than the first book. The first book ended after introducing a bunch of interesting characters but leaving them on the cusp of doing more interesting things. In book two, we see them set off on their respective quests: Colonel West and Dogman and his crew are in the North fighting against Bethod’s invasion, Logan, Luthar, and Ferro are off on a quest led by the mage Bayaz, and Glotka is stuck defending a besieged city in the south. Having multiple POV characters in the same place worked well, allowing them to play off of each other, and I found myself looking forward to the chapters dealing with those characters, and inwardly groaning a bit when I ran into a Glotka chapter. Don’t get me wrong, Abercrombie does an admirable job of making a crippled torturer a viable main character, but Glotka’s chapters always seemed more static, while the other characters are off having adventures and also growing and changing in response to those adventures and each other.

There is again lots of blood and gore, which is to be expected, especially with a main character who is a torturer. There are also some instances where traditional fantasy tropes are subverted, but I think overall despite its reputation as being a dark and gritty contrast to traditional fantasy, this series really celebrates the fantasy genre. Especially with the two plot lines following parties of adventurers, I was reminded strongly of Dungeons and Dragons (in the best possible way). 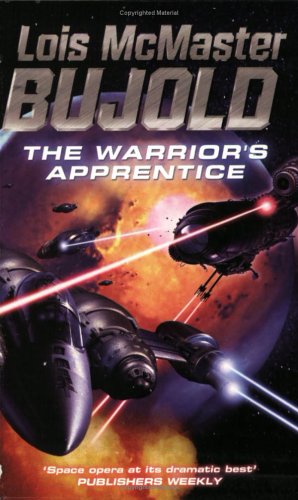 This one is also the second book in a series, but I’m afraid I didn’t like it nearly as much as Before They Are Hanged. I really want to like the Vorkosigan saga, which I have heard is such a great space opera series, but so far the first two books (Shards of Honor and The Worrior’s Apprentice) have both failed to impress me. They’re both very readable, but I would say they’re mediocre at best.

I complained in my review of Shard of Honor that the main character was too passive and that things just seemed to happen to her. I think The Warrior’s Apprentice suffers from the opposite problem. The main character is Miles Vorkosigan, a 17 year old son of a noble family who is brilliant but is born with a birth defect which makes him wash out of military training. So he ends up travelling to his mother’s home planet, where he buys a ship to help a guy he doesn’t know, then accepts a deserter as his servant to save him from being reported. To pay for the debt taken on in purchasing the ship, Miles smuggles weapons to a distant planet that is in the throes of civil war. When they arrive at the planet, they are stopped by merceneries, and somehow Miles manages to fight back, capture the merceneries, and within a week has them convinced he is a mercenery and that they now work for him. From there things escalate until Miles is in control of a fleet of ships, a mining colony, hundreds of people, and is negotiating with high ranking military and political officials.

It’s all very exciting and very readable, and Miles is certainly not a passive character, but my problem with the whole book is that I did not buy into the premise: Miles is a stunted 17 year old rich kid. Just because he is clever and wealthy and a good liar, I am supposed to believe that literally every adult he comes into contact with is going to blindly follow him? Even when it makes no sense to do so (for example, the captured merceneries who almost immediately begin working for him against their former employers)?

I found myself contrasting this novel with Ender’s game. In Ender’s game, the main character is also a physically unassuming, very smart boy. But Ender’s Game succeeds where The Warrior’s Apprentice fails in that Ender’s leadership makes sense: it ramps up slower, his genius is much more evident, he doesn’t rely on money, status, or an inexplicably cooperative bodyguard to help him, the people he is leading are for the most part other kids like himself, and his motives are much more clear. On the face of it the premise for Ender’s Game is just as preposterous as The Warrior’s Apprentice (most sci- fi sounds silly when distilled down to a one-line summary) but the execution is just so drastically better that it works while The Warrior’s Apprentice really failed to get me to suspend my disbelief.

I might try another book in the Vorkosigan saga someday. I know that Bujold can write good fiction because The Curse of Chalion was quite good. But I will be taking a break from this series for a while. Two underwhelming books in a row doesn’t make me want to rush to read the rest.