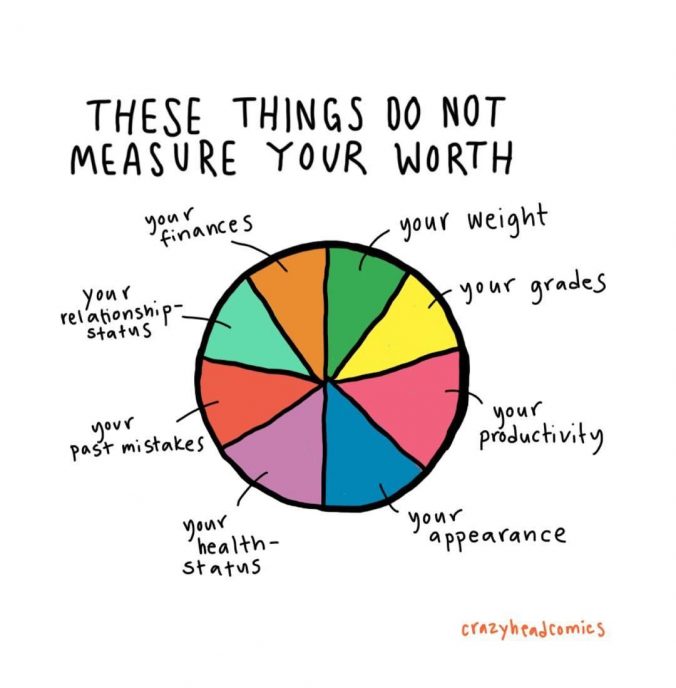 We have a problem with how we think about the value of things. As a society, and as individuals in that society, we are almost incapable of talking about why something is worthwhile or the right thing to do without talking about its monetary value. Or, if not monetary value, then at least pointing to its usefulness.

This makes sense. Our civilization is made possible by the fundamental notion that we understand the world around us by studying it and measuring it. If you can’t quantify something, whether it is the mass of an electron or the return on an investment, how do you know that it’s real? There are countless examples of the folly that comes from ignoring rigorous science and instead operating by gut feeling alone. That sort of thinking is what gives us astrology and homeopathy and antivaxxers and climate change deniers. In many ways our reliance on quantifiable facts is a very, very good thing.

But there is an important distinction between an observable quantity grounded in the real, physical world, and the observation of non-physical quantities that we ourselves assign to things. There’s no law of nature that shows that something should have a value of $10. Monetary value is a convenient abstraction that allows us to more efficiently exchange goods and services. Some might argue that there are mathematical laws that show that a certain item should be given a certain monetary value. After all, we have the field of economics, don’t we?

But we must always remember that Economics is a field of study dedicated to a complex topic that we ourselves invented. It behaves in many ways like a physical science studying fundamental truths, but it applies that mathematical approach to studying the nuances of an artificial concept. Don’t get me wrong, those nuances are very important. Economics has meaningful things to say and implications for our lives. But economics is not physics.

It is easy to fall into the trap of assigning a numerical value to a qualitative concept and then relying on that value so exclusively that we forget that there is any other way to conceive of value. We create an imperfect model of reality and then forget that reality is not the model. IQ is not the same thing as intelligence. Standardized test scores do not measure everything a student has learned. A high Body Mass Index does not guarantee that you are fat. A low credit score doesn’t necessarily mean you aren’t trustworthy.

Our insistence on talking about everything in terms of monetary value or economic benefit is an extreme case of mistaking the comfortingly simple artificial metric for inconveniently messy objective reality. We are so deeply steeped in a capitalist society that prioritizes monetary value over everything else that it is difficult to even conceive of other types of value. We are like those cultures who do not have a word for the color blue and therefore are challenged to even recognize it. We lack the framework to fully conceive of or acknowledge other types of value without consciously exerting effort to do so.

A distressingly large portion of our society has taken this a step further, and not only prioritizes monetary value above all else, but actually uses it as a proxy for moral virtue. Morality is so uncomfortably hard to define around the edges, but net worth is nice and straightforward. If someone is poor then obviously they made bad choices or didn’t work hard enough. If someone is rich, it must mean that they are reaping the rewards of hard work rather than fortunate circumstances.

I was watching “Won’t You Be My Neighbor,” the documentary about Mr. Rogers the other day, and it had a disgusting moment showing talking heads on Fox News blaming Mr. Rogers for a supposed “entitlement culture” among kids these days. How dare he tell a generation of children that they are special just for being themselves? Why should these kids think they are special if they haven’t earned it? What a bunch of fragile little entitled “snowflakes.” The documentary then used the exact words I have had in mind since I started writing this essay: “intrinsic value”. The idea that everyone is special and worth caring about, not because they have earned it, but because they are human beings with intrinsic value. That everyone deserves to be treated with dignity and respect and celebrated just for being uniquely themselves. The documentary points out the deep Christian roots of this message: Mr. Rogers was a minister after all, and the show was his way of preaching the fundamentals of his faith, without ever mentioning religion.

There is not much that I find more depressing that witnessing half of our country give up on this idea of intrinsic value and human dignity while claiming to be Christians. They insist on preserving the sanctity of life in the womb (sometimes at the expense of the life of the living woman carrying that child), but once that child is born it’s a freeloading, entitled snowflake that needs to prove its worth.

These false Christians question whether people deserve health care, a home, food on the table, education, if they haven’t “earned” them. A little while back there was a Republican congressman who tweeted:

Yes! It absolutely should be. It is a fundamental sickness in our society that would even question whether some people deserve to eat.

Imagine if we lived in a society where people actually acknowledged the intrinsic value of other humans. Where everyone was guaranteed food, shelter, a basic income, healthcare, and a good education. Imagine the explosion of creativity, innovation, happiness and well-being that would result. Imagine allowing everyone to spend their one precious life doing what they love, even if it doesn’t pay well, or at all.

Yes, it would cost money. Billionaires would have to pay some taxes. But it is not at all clear to me that the economic cost would be greater than the economic benefit, and it is absolutely clear that the intangible benefit, the lives saved, the lives raised out of poverty and misery, the freedom from suffering, would be worth it.

It’s hard to get there from here. We live in the real world, where the monetary cost of things is an important consideration. I understand that. I understand that even if we do acknowledge intrinsic value, we often need to be able to fall back on economic value for the sake of argument, to convince those that may not share our values. That’s ok. Often the right thing also makes good economic sense too. But we must not fall into the trap of making the economic argument so much that we forget the real underlying reasons for our positions.

*This line is taken directly from the Democratic party platform

The Fire at Notre Dame