I got my first smartphone several years ago. It was a HTC DNA and it was awesome: fast processor, beautiful screen, looked cool, and oh yeah also it worked as a phone. But all good things come to an end, and recently its battery life had gotten pretty dismal, and it was operating really slowly (it would sometimes take several seconds to respond to typing). In short, it was time to look for a new phone. As it so happened, my Verizon contract was also over, and we had been noticing that our cell phone bills for Verizon were awfully high given the small amount of data that we usually used. So, we started doing some research into alternatives to Verizon, and came across a service called Republic Wireless that sounded almost too good to be true. They claim their average user has a monthly bill of about $14.

The idea behind Republic is deceptively simple: whenever possible, it makes use of wi-fi rather than cell networks for calls and data. The philosophy is that, the vast majority of time, there’s wi-fi available to use, so you might as well use that. When there isn’t wi-fi, Republic Phones tap into the Sprint cell network for calls and data, and in the exceedingly rare cases where there is no wi-fi or Sprint coverage, they use the Verizon network. Since Republic only rarely uses the cell networks, it can afford to charge much less for its service. And the really cool thing is: if you don’t use all of the data that you’re paying for, you are refunded for the unused portion!

Here’s how my bill broke down for the first month:

The downside with Republic is that your choice of phones is quite limited because I guess they have to install a special radio or firmware or something so that the phone can place calls via wi-fi. The available phones are the Moto e (2nd Gen.), Moto g (3rd Gen.), and Moto X (2nd Gen.). And you have to pay full price up front for the phone. The good thing is that these phones are on the affordable side compared to some phones. I went with the Moto X because it was the most comparable to the HTC DNA that I was used to, and it cost $250. Considering how much I am saving on my monthly bill compared to Verizon, the phone will pay for itself pretty quickly. 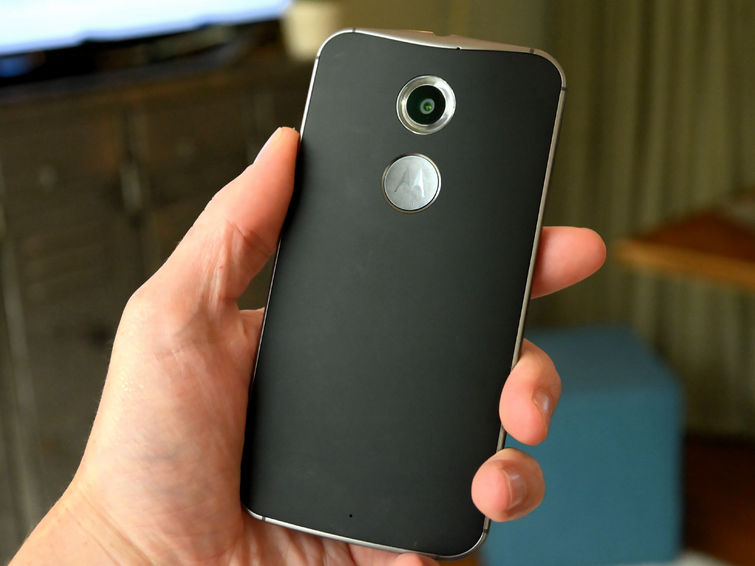 Image originally from this site.

So how is the phone? It’s pretty good! The screen is not quite as nice as the one on my HTC DNA was, but it’s perfectly fine, especially if you turn up the brightness. With the brightness low, it looks ever so slightly grainy. One neat feature of the screen is that it can selectively turn on just some pixels, and the phone has IR sensors around the screen so when you move your hand near the screen, it can light up and show you the time, and any notifications you have, while saving power compared to turning on the whole screen.

Speaking of power, battery life has been the weakest point so far for me. On the weekend when I’m using my phone more than I do during the week, it has been getting perilously low by dinner time. I’m worried that after a couple years of use the battery life is going to be too short to do much. On the other hand, again, even if I have to replace my phone sooner than I would have with a Verizon phone, I’ll still be saving money.

The phone looks pretty nice too. You can customize the appearance through Motorola, but it costs quite a bit more than getting the stock black or white phone through Republic. Erin also jumped on the Republic bandwagon and got the same phone. She finds it to be wider than she would prefer but I don’t mind it: it’s quite similar in size to the HTC DNA that I had before.

I’ve only used the phone’s camera a little bit but it seems to be fine. There are also some voice activation functions that I don’t bother using. One nice trick is that you can turn on the phones flash to use as a flashlight by just shaking the phone twice, and likewise you can turn it off the same way. Another nice thing is that since the phone is not on a Verizon contract, it comes with a relatively “clean” install of the Android OS, without much in the way of bloatware. I was able to transfer all of my contacts and apps over from my previous phone as if by magic by using near-field communication i.e., just put the phones next to each other and they communicate. It walked me through this when I was getting it set up, and it was very convenient.

Ok, but how’s the call quality? So far it has seemed fine. I put it to the test by having Erin switch off the wi-fi mid-call, and it didn’t handle that very well, so there’s the potential for dropped calls if your wi-fi is not reliable. But calling works just fine if it starts on the cell network and stays on it. I did have one other weird occurrence where a call I was on appeared to drop, and then seconds later I received an incoming call and it was the same person I had been talking to: they had not hung up or anything, they just heard me disappear for a few seconds. I’m not sure what happened there but it might have been that the phone was switching between wireless networks (our router transmits at two frequencies, which show up as two different networks).

One nice feature of the Republic App is that it remembers wi-fi login info for you. So for example at the gym, there is free wi-fi but you have to load a webpage and agree to terms and conditions before accessing the internet. The Republic App remembers this for you, so next time you connect to the same network, you’re just automatically connected. There are a few weird quirks with this: it doesn’t always work, and in some cases it inexplicably changes my phone wallpaper to be a screenshot of the YMCA login page. But for the most part it seems to work. I also occasionally will run into cases where my wifi claims to be connected but it really isn’t and webpages won’t load. This either resolves itself, or sometimes I have to switch wi-fi off and back on in the Republic App.

So there are a few little annoyances, but for me they are outweighed by the considerably cheaper monthly bill and not having to deal with Verizon!

Although I probably would have written a blog post about it in any case, in the interest of full disclosure I should let you know that I signed up for the Republic Wireless “Influencer Program” which gives me $30 if people sign up for Republic Wireless by using links like this one.  So, if you think you might want to give Republic a try, then please use this link and I get some money! Thanks!

I should also mention that Republic is not the only game in town for this new wi-fi based phone idea. Google has also gotten involved, with something called “ProjectFi“. It’s a very similar deal, but with different phones to choose from (the Project Fi phones seemed to be larger phablet style devices which I was less interested in). Project Fi is currently in the early stages so it is invite only, but it only took about a week for my invite to come through. By then I had already bought a phone through Republic, but the option is out there if you’re interested.