The Physics of Getting Hit By An Arrow 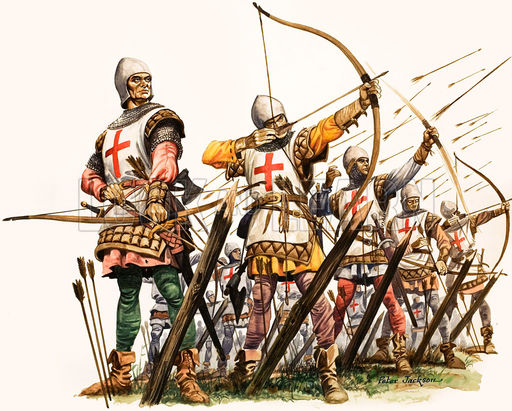 So, while I was reading “Genghis: Birth of an Empire” I noticed that there are quite a few instances when the book describes a man being knocked down by an arrow. As someone who reads and watches a lot of fantasy and historical fiction, this was far from the first time I’ve seen such a thing, but as a physics person I wondered whether an arrow would really hit someone with enough force to knock them down.

Now, I’m not disputing that getting hit by an arrow might cause someone to lose their balance and fall off of a horse, or off of a castle wall or the like. The question here is how hard the arrow actually would hit. For anyone who remembers their high school physics, that means we’re talking about a momentum problem. We need to figure out how much momentum a typical arrow would have, and figure out what that amount of momentum would do when transferred to a human. Specifically, this type of problem is an “inelastic collision”, where two bodies collide and then stick together. If the arrow somehow bounced off the person, that would be an elastic collision, but we won’t worry about that.

We are going to assume that our hapless victim is standing still and the problem starts with an arrow speeding toward them. To find the arrow’s momentum, we need to know its mass and velocity.  For an estimate of the arrow’s mass I will go with 65 g based on this source. The velocity depends on the draw weight of the bow that fired the arrow, but generally I am seeing arrow velocities of around 200 feet per second (61 m/s) for longbows.  Momentum is just mass x velocity, so the momentum of a 65 g arrow going 61 m/s is 3.965 kg*m/s.

A 60 mile per hour baseball or a 20 mile per hour soccer ball don’t really have enough oomph to knock a person over unless they’re already off balance. So, a typical arrow would not knock a man down, or stop him in midair, or the like. He might fall down because he suddenly has an arrow sticking in him, but it’s the damage done by the arrow, not its momentum that would make him fall. 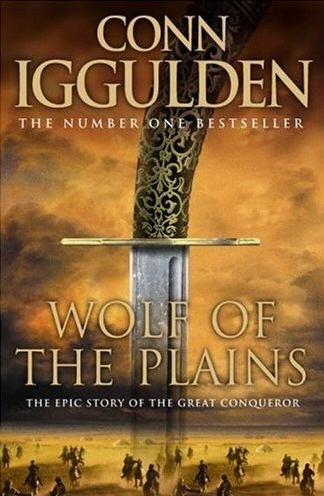 How much do you actually know about Genghis Khan? For example did you know his actual name was Temujin? Before reading Conn Iggulden’s “Genghis: Birth of an Empire” (a.k.a. Wolf of the Plains outside the US) pretty much everything I knew came from playing through the Age of Empires 2 Genghis Khan campaign, and even that was a hazy memory from high school. I can now safely say I know a lot more, and that’s one of the things I love about historical fiction. Not only do you get a great story, but you learn something too.

I listened to this as an audiobook, read by Stefan Rudnicki, and it was excellent. He was the reader for the audiobook version of Ender’s Game that I listened to last year, and at times it was jarring to hear the same narrator speaking with Temujin’s voice instead of Ender’s. But in a lot of ways hearing the book helped make it that much more engrossing. If nothing else, it helped with the pronunciation of things that I would have butchered if I read them myself. For example, the word “khan” is pronounced “han”. The traditional mongolian clothing called a “deel” is pronounced “dell”, and the character Eeluk (a main antagonist) is pronounced “eh-luke”.

Genghis: Birth of an Empire is the story of how the boy Temujin became the man Genghis Khan, and it’s quite a story. In the afterword, Iggulden says that much of what happens in the book is based on the best historical record of Temujin’s life, The Secret History of the Mongols. As with most historical novels there is some artistic license taken with events and names, but the main events are relatively accurate.

Iggulden does a great job of including sensory details that bring the reader to the Mongolian steppes. Reading about Temujin and his brothers sucking blood from their horses’ neck as a substitute for a meal, or getting drunk on fermented mare’s milk made me very grateful for my diet that includes such delicacies as fruits and vegetables. And the details of their living conditions, even during the best of times when they can huddle under the furs in their yurts (aka “gers”) made me glad to have a warm house to live in.

The book has a slow pace, especially at first as it draws you into the world of Mongolia in the late 1100s, but I never found it boring. It is the confident pace of  a book that is the beginning of a long series, so it can take its time and lay the groundwork and introduce the characters who will be important later on. As the book progresses, and Temujin rises from exile and near-starvation to become a great leader, the pace picks up and time goes by much faster.

The ending of the book is no surprise. The American title “Genghis: Birth of an Empire” pretty much gives it away. So much of the suspense in the book comes from the reader wanting to know how Temujin will end up as Genghis, especially given how far he falls before he begins his rise. And I have to say, it is a pretty satisfying ending. It’s not an easy task to make Genghis Khan a sympathetic main character, but he had a brutal childhood and survived through so much adversity that it is hard not to root for him. That said, Iggulden does a good job of beginning to hint at the darker side of Temujin. In particular, when his wife is kidnapped by Tatars, Temujin’s revenge is… disturbing.

My only real complaint about the book is that Temujin is apparently superhuman when it comes to surviving injury, starvation, and cold. At one point, he is dragged behind a horse until he is basically one big abrasion, then left to rot and starve in a latrine. When he escapes the latrine, he spends the night hiding in an icy river. Between the hypothermia and the likelihood of rampant infection, I found that this sequence stretched credulity a bit. And there are multiple other instances where he takes serious wounds but then recovers in a matter of hours to days.

In the afterword, Iggulden somewhat addresses this, saying that The Secret History claims Genghis Khan had great strength of will and seemed to ignore heat and cold, as well as wounds. So I guess I see what Iggulden was doing, but still, strength of will doesn’t change the fact that you will probably die of hypothermia if you cower in an icy river all night…

I’ve said it before in my review of The Last Kingdom by Bernard Cornwell, but Genghis: Birth of an Empire is another example of historical fiction that reads very much like epic fantasy. In particular, fans who like their fantasy dark and bloody will like this book. Mongolia in the 1100s is not a very pleasant place, and as you might imagine, the events that led to Genghis Khan’s rise to power aren’t usually very pretty. Unfortunately I don’t think it passes the Bechdel test: it’s very much a male-dominated story about a male-dominated culture. While it does a good job of showing the quiet strength that Temujin’s mother and wife have, especially given the hardships they face, all the main characters are male.

Still, if you are a fan of dark fantasy and/or history, I highly recommend Genghis: Birth of an Empire (Wolf of the Plains outside the US). It’s a gripping story about one of the most interesting people in history, and one that most people know almost nothing about. And it’s the beginning of a long series of novels, so if you enjoy it, there is plenty more to come. I am definitely looking forward to reading the next entry in the series.